How to Deal with Boredom

During lockdown, many people found themselves getting bored now and again. We’d watched as many box sets as we could handle, and we walked every single route that was within a few miles of our home.

Whether you’re still bored even though lockdown has been lifted slightly, or you tend to get bored every now and then, there are some benefits to being bored.

Here are some suggestions that could help to relieve your boredom:

Stop Looking at Your Phone

A lot of people pick up their phone when they’re bored. However, a recent study showed that phones don’t relieve boredom. The study’s participants were, in fact, more bored after they had used their phone than when they started to become bored. This might be because looking at your phone simply highlights your boredom, or it simply reminds you that you need an escape from tediousness.

Allow Your Mind to Wander

Mind-wandering is linked to better problem-solving skills and creativity. Let your mind wander if you’re bored, it could help to boost your mood and offer a bit of a temporary break from the boredom. 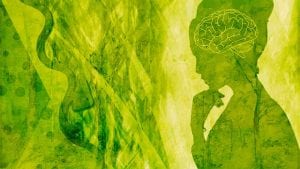 Deal With Your Boredom

In 2011, a study surrounding boredom and school pupils took place. The pupils were grouped together based on how bored they were with a maths lesson. Some of the students meditated on the value of the lesson, which helped to relieve their boredom. Those who criticised the lesson tried to improve the lesson, thus reducing their boredom. Finally, there were students who tried to evade boredom by keeping themselves occupied in other ways.

The study showed that the pupils who meditated on the lesson’s value were least likely to be bored. In addition to this, they were less anxious and enjoyed the class more. Therefore, when you rethink what it is to be bored and what it represents, you’re more likely to make your situation better.

We offer mental health support in Brayton, Selby and the surrounding areas. Why not give us a call? Our phone line is open from 7 pm – 10 pm, 365 days of the year.